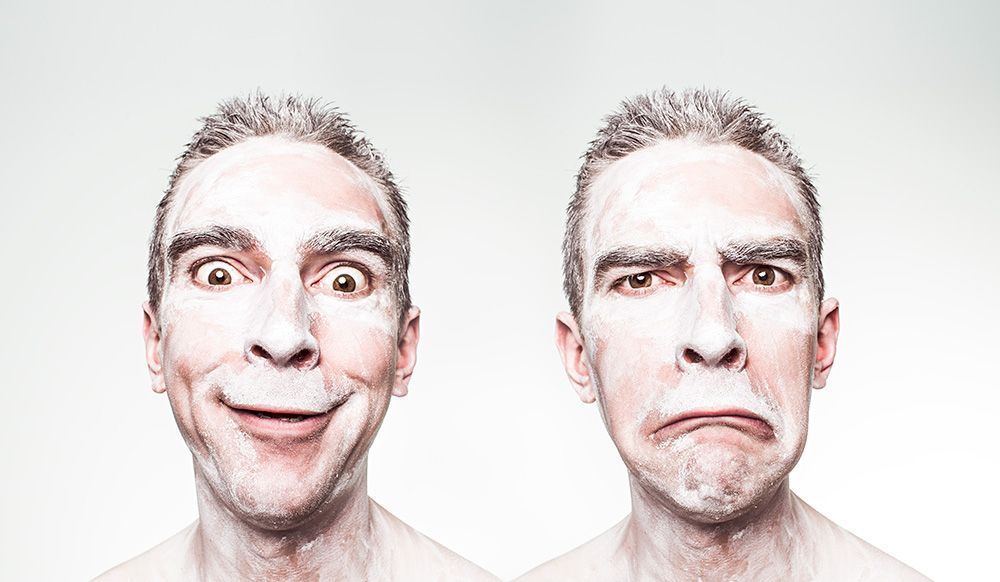 We can’t have humour anymore. Did you know? It’s been withdrawn from society, culled, cancelled, because the politically-correct woke-police are on their joyless march again. This time they are expressing their virtue-signalling by scouring popular culture for inanities to disapprove of and ban.

First on the chopping board was the cinematic classic ‘Gone With the Wind.’ Without realizing it, the dreary curmudgeons of cultural thought-policing ‘cancelled’ the very first movie in which a black female actress won an Academy Award. But no great matter: Who is Hattie McDaniel, and what is her legacy, when a disapproving leftist in a daft pink hat can publicly vaunt the primary virtue of their new humanist religion: ‘tolerance.’ (Here we must pause for the irony).

Next came the calls to ban an old episode of classic British comedy Fawlty Towers. No, really. Big people, who are responsible for tying their own shoes, genuinely insisted on this, and think it's a good idea.

As this was all transpiring, Cultural icon John Cleese attempted to explain, rubbing his face in frustration at the stupidity of it all, that humour of this nature is based on irony. It is not an endorsement, but a ridiculing of the topic. But here is the insurmountable hurdle Cleese faces: The Politically Correct Gestapo are simply too brittle, too small-minded, too unyieldingly literal, to grasp this. If they see a depiction of a Nazi, a show must be banned. No matter that the show is actually mocking the Nazi – they can’t hear you over their own childish outrage.

Their argument is that all references to anything they disapprove of (an ever-growing list, glorious in its pettiness) is the same thing as actual violence visited upon someone else. Curiously, they appoint themselves as the arbiters of what hurts others, even as the others in question go about their lives blissfully unaware that a TV comedy from forty years ago is somehow oppressing them.

So what is this terrible agent of human persecution called ‘humour’ that has now become so dangerous to society that the Left must bottle and label it for our safety?

It doesn’t do what you think it does

For starters, humour is the capacity to think in abstraction. It is 'slip' in the system. It is leeway. It is curiosity, misdirection and revelatory charm. When all is literal, rigid and rule-bound, humanity becomes a machine. No slip. No surprises. That is how people conceived of themselves in the former Soviet Union: ‘Doing cogs who must perform.’

But it has never been how humans have conceived of themselves in a nation like Britain, where wit and self-deprecation have been the order of the day since Shakespeare, and even beyond.

Humour is that unforeseen cough in our brains in reaction to the absurd. It is nonsensical, and therein lies its charm. It is removal, appreciation – sometimes bitter appreciation – which permits us to see our scenario as though in the third person, enables us to rise above our unique and often bizarre challenges and foibles, and then laugh backward at them, thus blowing off steam, thus creating a little give.

Sans humour, and without this slip in the system, the world becomes draconian. It grows much smaller, more boxed, and infinitely uglier. We do well not only to permit humour, in all its uncontrollable messiness, but to teach its very importance as a category to our children, to be reverenced in society.

Given that humour is abstraction, it is also a sign of high intelligence. Intelligent people do not look for outrage and violent revolutions. The slip and leeway of humour allows them to observe, rationally criticize and often change themselves, at low cost, at a low risk, and without draconian or destructive measures, but rather with a wry smile. If society is our daily bread, humour is the butter that makes it palatable, malleable, changeable without recourse to violence.

And it isn’t merely a sign of personal intelligence. It is also a sign of civilizational health. Brits mock things. They parody. They create nonsensical representations and they absurdify. They do it dryly. They do it with a knowing glint in the eye. And their doing so helps to subtly guide, correct and create continually improving social structure, via joy, not angry marching.

To now say to such a society ‘You may not,’ is to insist that they be less healthy, less flexible, less emotionally agile. It is to remove the means of interpersonal jostling that guides their mutual development. It is to say that they may not be British, to which any good-humoured Brit’s response should ultimately be: ‘Up yours, mate!’

Who’s at the helm of the hamstringing?

So who exactly is insisting on this removal, this tightening of sensibilities, this new rigidity? Consider: If abstract humour is one the highest forms of intelligence, then its banning and removal must necessarily be done by those of lower intelligence - by the unhappy, the brittle, the rigid, the literal and the mentally small. It must be done by those who wave a moralising finger in our faces and say, ‘You may not be trusted with that thing because I do not trust you.’

Banning categories of humour – any categories – is counterproductive. I am a Christian, and do not enjoy mockery aimed at my faith. But under no circumstances would I ask for its cancellation, or insist on anything more than the right to respond. But banning? Grow up. My faith is bigger than a punchline and strong enough to withstand a titter. How fragile must a cause be if it cannot withstand prodding giggles?

Finally, the desire to sanitise humour is a bad-faith argument.

Take this example: In the classic sitcom ‘Frasier,’ we meet the snobby Niles, and his ultra-elitist wife, Maris. We never actually see Maris. She is simply the subject of anecdotes by the characters. In one episode, Niles describes her using a poker to push away children who beg from her while she visits an island retreat.

Unacceptable. Right? Ban it straight away!

Well, as Cleese was at pains to try to explain to people of lesser intelligence than he, this is not an endorsement of elitism. It is subtle mockery at the meanness of the character, who provides the foil against which we laugh at the absurdity of it all. If you possess even two more IQ points than a brittle social justice warrior, you will immediately see that this uncomfortable humour operates in the service of human decency via irony, not as an endorsement of the villainous character’s actions or motivations. We all get to laugh at Maris, and that’s how we learn about ourselves, and ensure that we don't become Maris.

But again, this requires good-faith on the part of the viewer. An open mind. And if your starting point is the aggressive desire to look for offence everywhere, in everything, and at all times, you will simply never get that far. In fact, you won’t get very far at all. Because literalism and inoffensiveness are the stuff of stupidity, of human beings who are blocks of cement.

The intelligent and the humorous win this ridiculous battle with the simplest of responses. To the woke-eratzi, we simply say, ‘No. Because the grownups have spoken.’

Douglas Kruger is the author of several bestselling books. In honour of excellence in his craft, he has been inducted into the Speakers Hall of Fame. He is a member of Mensa – the High-IQ Society, and he holds a degree in Philosophy.
Previous